First, thank you guys so much for being so awesome. 😀 I know I’ve been very quiet lately and I apologize for that. It’s been almost a month so I figure it’s time I let you know the state of my being.

I’m finally getting into a regular feeling routine again, for one thing. 🙂 It was pretty tough for a while there while I was unpacking and organizing into our new home and simultaneously starting a new full-time job in an office here in Victoria, but as of this week things are starting to feel normal again. For the first time in weeks I had both the time and the energy to sit down and draw and I got all four of the remaining pages of Renn’tekk’s story drawn in an hour and a half.

As I write this, they’re all inked, scanned, and laid out as black and white files waiting for color.

The one bit of bad news is that I was hoping to get the coloring finished this weekend, but my Intuos5 tablet’s pen decided that it had suffered enough years of abuse and it finally just up and died on me. Some bit inside that I’m not technologically saavy enough to identify broke off and took some teeny wires with it. Snap! I need a new pen.

Those things aren’t cheap, but I’ll bite the bullet and get one. I need it in order to keep working, and frankly, I really want to get the comic back on track in early February if at all possible. I’m so very, very ready to be back to making comics.

In the meanwhile, I have new content for Patreon that I can still make with either a pencil, a mouse, or a keyboard, and I think I know a tablet that I can borrow until mine is functional again.

The tentative date for my triumphant return to Prophecy of the Circle, even despite all of this adversity, is February 6th! I’ll let you guys know if that changes.

Thanks again for sticking with me through all of this chaos! Its been a hell of a trip, and you guys always had my back. I’m grateful. <3 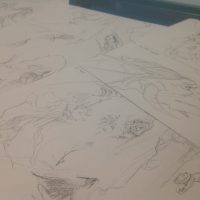 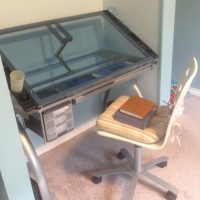 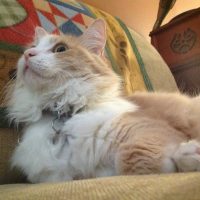