I’m still here! Back briefly with a report. The hiatus is going well so far. I’ve been taking time to get back to other artistic endeavours and trying to figure out how to balance everything out. It’s not easy to get right, but I think I’m on the right track. As far as Prophecy of the Circle goes, I’ve been trying to lay down more groundwork ahead of time in order to take some of the guesswork out of the week-to-week. There’s a public post over here at Patreon that’s a bit about that, but essentially my previous circumstances led me to a habit of flying through fiction by the seat of my pants rather than actually making a detailed plan to work from, and it worked when I had more day-to-day time. It doesn’t in the current situation, I find that I need to do that legwork ahead of time. My current plan is to write out scripts for the entirely of Chapter Three and then build a bank of thumbnails so that when I do draw a new page, I don’t have to think too hard about it. Instead I just have to fill in the details and put it together. It should speed up the process. I’m also still working hard to create a buffer of ten weeks’ worth of comic pages to post into the queue here on the homepage, and that’s what might end up taking a bit of time. I’m hoping to be ready in time for the February 5th deadline I’ve set, but to be honest, I’d rather do this right and not have to stop again than jump the gun and wind up in potentially the same trouble as before. If things winds up taking longer, I’ll keep you posted. Periodic updates will keep happening here, and I’ll keep Patreon up to speed as it happens.

I’ve also had a generous offer from at least one fan, PezWolf, of some guest art. He’d gone ahead and made a three page comic for me a while back, centering on a character from one of my Inktober sketches from last year featuring a tikedi with a passion for flying machines and a willingness to go headfirst off a cliff without a net. He’s generously suggested that I could post it as filler, and I thank him from the bottom of my heart for that! I’ll be posting the first page of that this coming week. If any of you out there have other works you’d like me to post in the meanwhile, let me know! I’ll happily put them up to fill space and time.

With the holidays impending, I hope you’re all doing well. Thank you again for sticking with me through tough times. I’m eager to get back to being comfortably on my feet and getting this story told once more. 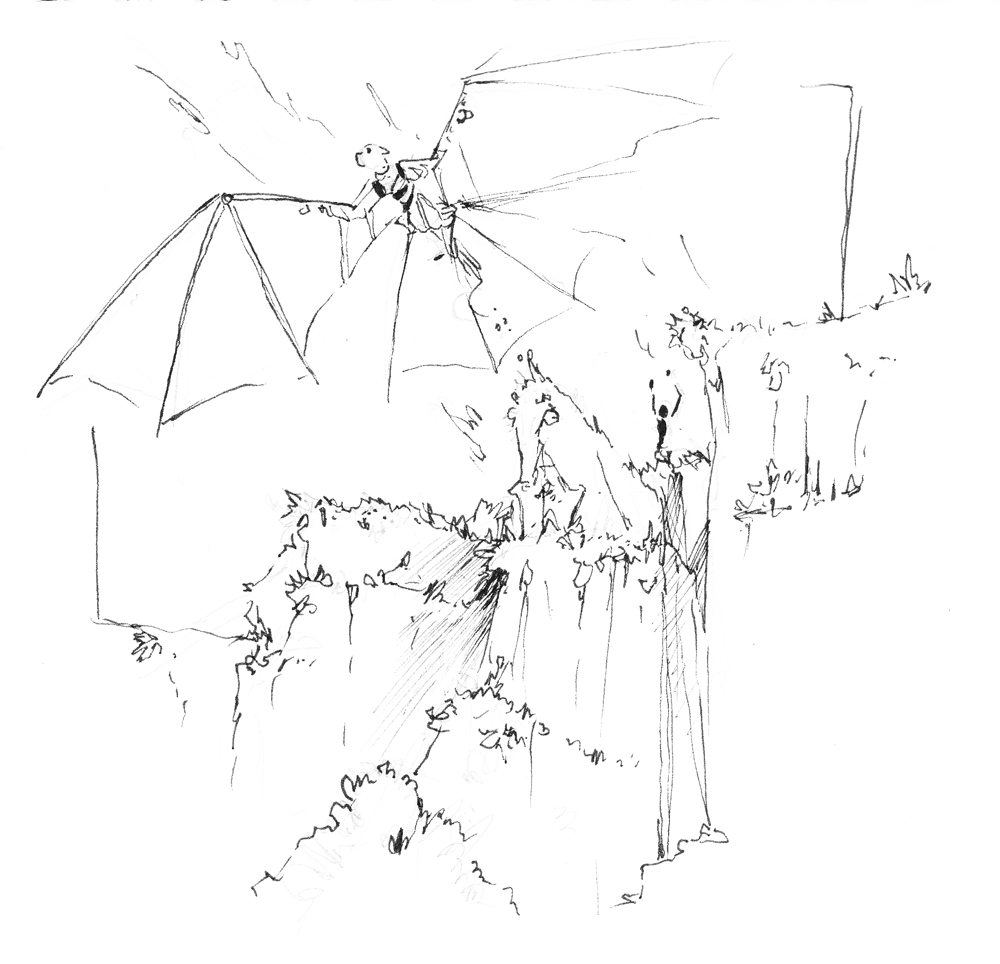