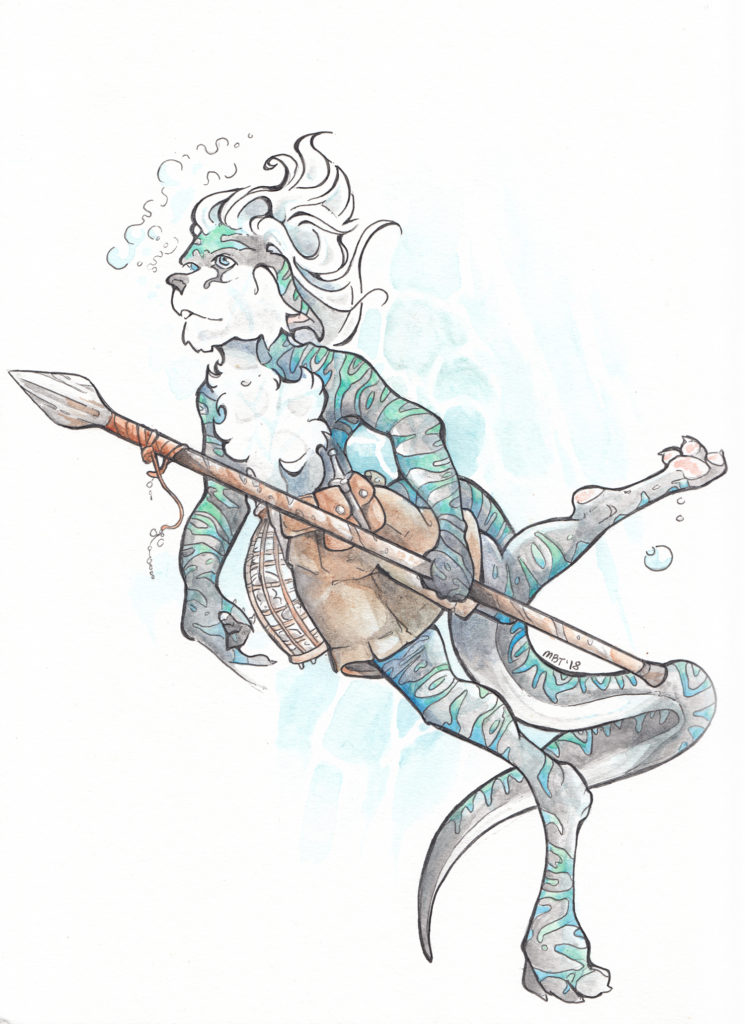 Here’s the first of my Custom Character Commissions over on Patreon. (There’s still one slot left for this round, btw!) This one is for WDG, of a diver/fisherman Tieke. He’s slated to make an appearance in the comic sometime in the near-ish future. I hope to work these cameos in relatively quickly after commission completion, but sometimes it’ll take a while for just the right scene to present itself. 🙂

Bonus! He suggested an alternate outfit, so I drew up a second angle: 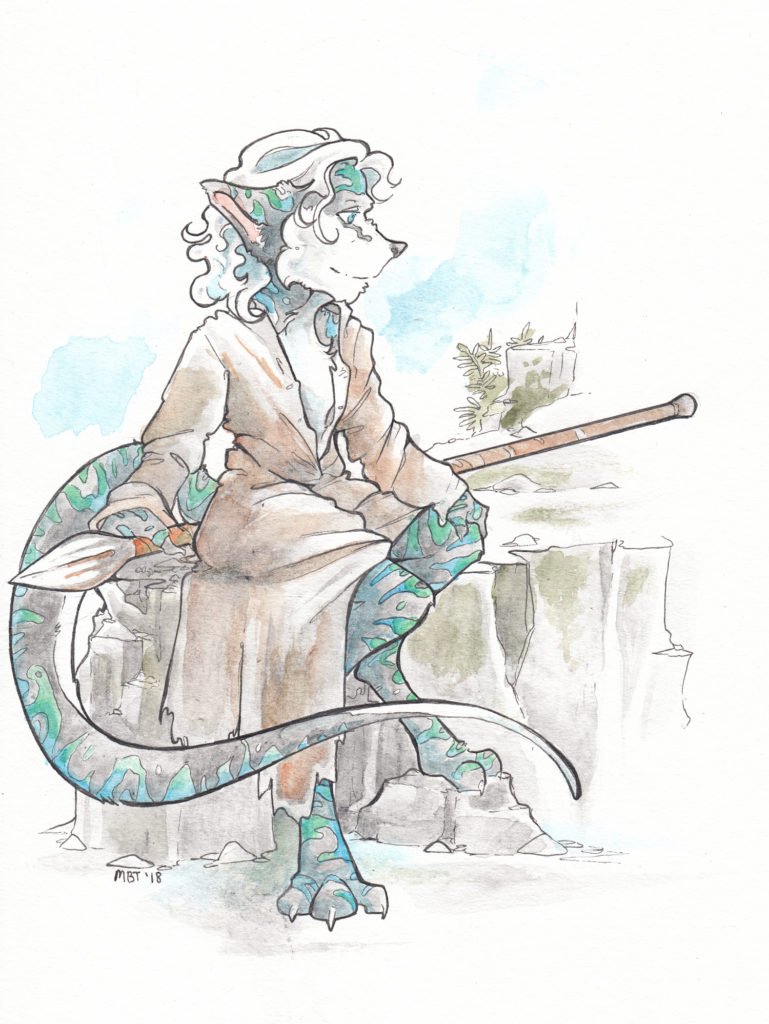 I discovered that it was easier to do two paintings, so that’s likely how I’ll handle future commissions of this type as well. I’m going to try to give everybody two different angles, like the example image of Sarestra in the original post.

Thanks again to those who’ve commissioned me so far! You guys have been so great and so patient and encouraging.