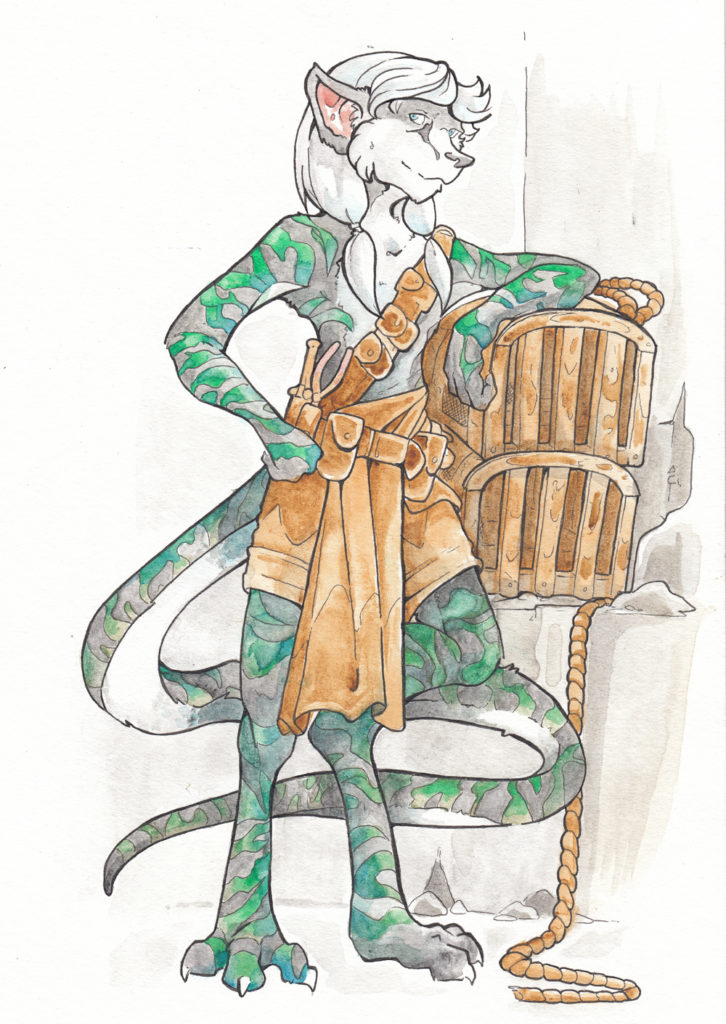 The final piece in my batch of commissions again went to WDG as a companion piece to his first character design. She’ll be popping up in the story somewhere alongside her mate, likely on one the docks of Tieke City. 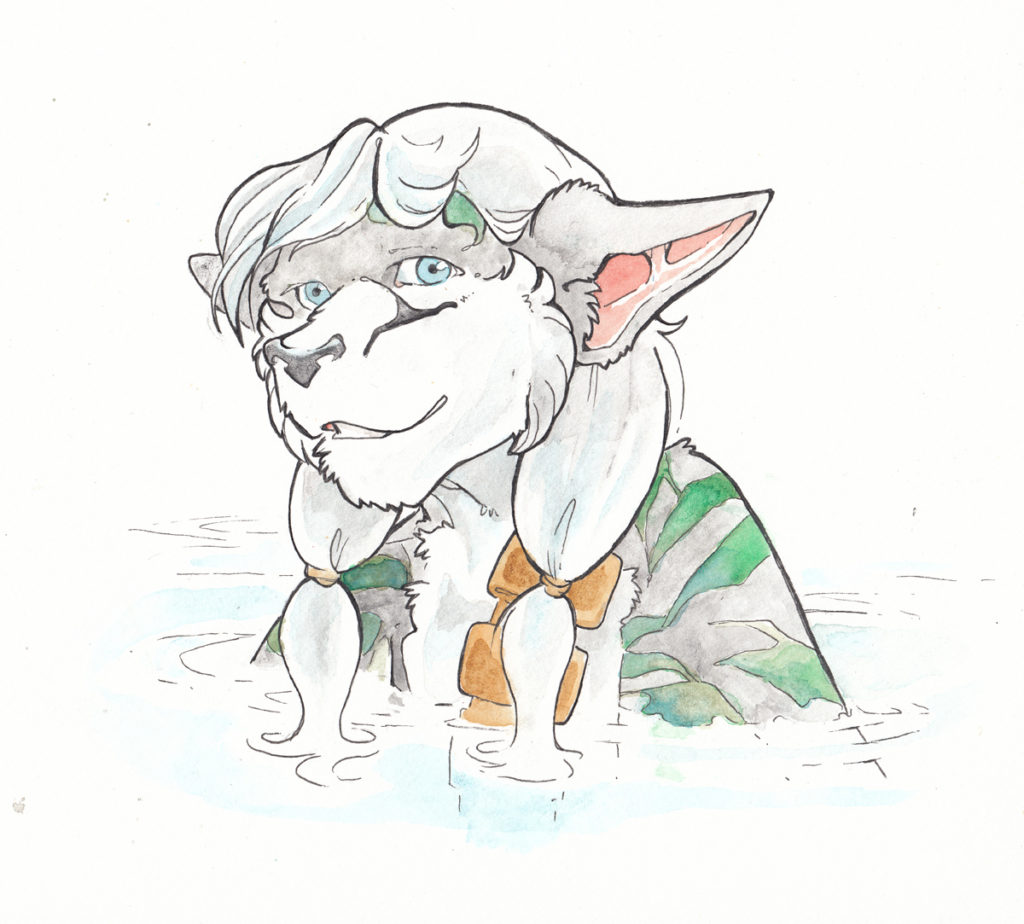 On that note, due to some chaos in my workplace that’s taxing me much more than usual (and the usual state of my being is already pretty taxed so that says something…), I think I’ll put off the next batch of commissions for a bit. I’ve stopped the monthly suggest-a-sketch posts for the same reason. When things calm down again, though, I’ll get the suggest-a-sketches going again on Patreon and for commissions I have two or three folks who expressed an interest but couldn’t get a slot last time for one reason or another, so I’ll be asking them first when I open up again – batch two will be another patrons-only one, but after that I’ll branch out to the public as well. That said, if all three take me up on the offer at Patreon, then there’ll still be one slot free on the next round. If you’re interested and you’re pledging, let me know and I’ll pop you on the waitlist!