Sorry that I got kind of quieter than even my usual for a while there. My boyfriend,TimmCosplay came out to visit me for most of the month of May. Our first anniversary was on the 25th, and he’d never been out to see my home province and meet my family before. It was a delight to have him around, especially for so long and with so many long stretches where we could just be with each other and have no one else around. We learned a lot about each other, I think, and it just made things even better than they already are.

We also talked a lot about future plans and while it was already pretty sure before, it’s an absolute certainty now: I’m moving to Victoria, BC in September. There’s a lot to establish and sort out and I have no idea if I can get a job before I get there or if it has to wait until after I move (I’m trying everything right now) so I’m still saving my pennies to account for the possibility of hard times at the beginning of the journey. It’s scary and I admit that I largely don’t know what I’m doing. There’s been a lot of research involved. All the same, I’m excited! Once the initial bumpiness is past, I know it’s going to be a change for the better. Tim’s been the best thing that happened to me in a long time. He’s supportive and sweet and inspiring and he gives me energy that I didn’t know I could have. He makes me feel like I can totally do the things I never believed I had a chance at.

In between job hunting and apartment hunting and packing and sorting, I’m still planning on doing what I can to make some spare cash. I’m currently making a batch of bond necklaces for sale, I’ll be opening commissions shortly (look for a post about that a little later this weekend) and there’s a new design up in the shop, in three colors: black, light blue (and other colors for shirts), and sandy brown. 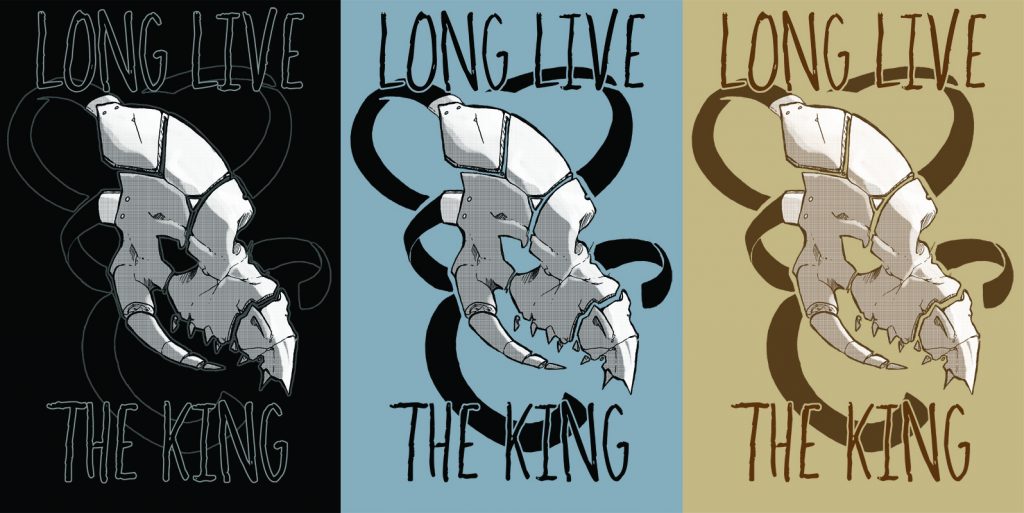