It’s been a little while since it happened, and I think I was waiting both to get my head around the new situation and to figure out if I even need to say anything. If you guys know me at all by now, it’s because you don’t really know me too well. I’m not very good at talking about my personal life outside of a circle of close friends. Actually I’m awful at it.

Still, I think this kind of needs to be said because it might affect the comic in the long run. The next year has a chance of being very, very topsy turvy, depending on how things go.

The short of it is that I was recently laid off from the day job I’ve held for a good eight years. I found out about the impending doom early last month and worked my last day a little over a week ago. The good news is that I had a good union, and the job loss was due to cutbacks and not anything personal against me, so financially I’ll be fine for a good long time. Months. But I do need to find another job sometime in the near future, just because I have no intention of running off that cliff when the money runs out. So it means that my schedule is wide open right now… and yet I have no idea what it’ll look like as the next year goes on. Paying rent and bills and putting food on the table is always first and foremost, for I am primarily a living creature and only partly made up of paint and pencil shavings at this point, and with the job market being what it is, I’m kind of in a beggars-can’t-be-choosers situation. I have very little leeway if I wanna stay fed and warm for the long future.

I wish I could say more about what to expect, but the truth is that I have no idea. For the immediate future, it’s actually kind of good for the comic, in that I’m trying to take advantage of the inevitable free time for a short while and get a bunch of things completed that I’ve been wanting to. Right now I’m looking at building a comic buffer. Also revising how Patreon works (*cough* and here’s a small reminder of the existence of that thing *coughcough*). I want to make it a little nicer to navigate the previously added rewards and add some extra patrons-only one-time goodies there. I’m also entertaining the idea of finally maybe being able to put in the time to get some merchandise designs done. Thinking strongly about it! I only wish I’d had more time before Christmas. That would have been perfect.

But Christmas is more about giving that it is about consumerism, isn’t it? Ideally, anyway. I like ideals. They’re shiny. I’m thinking instead I’ll probably make something for you guys. A treat.

Speaking of treats, and on a more pleasant note, the fluffy wonderful boyfriend Tim has gently reminded me that I keep forgetting something, so here’s a bit of glitter to cover up the weirdness of this post. Glitter never comes off anything, after all, and makes a fantastic, if permanent, cover up. Back in the summer, he actually made plushie number two in a series of awesomeness. Witness! The glee that is Shanka-fluff! 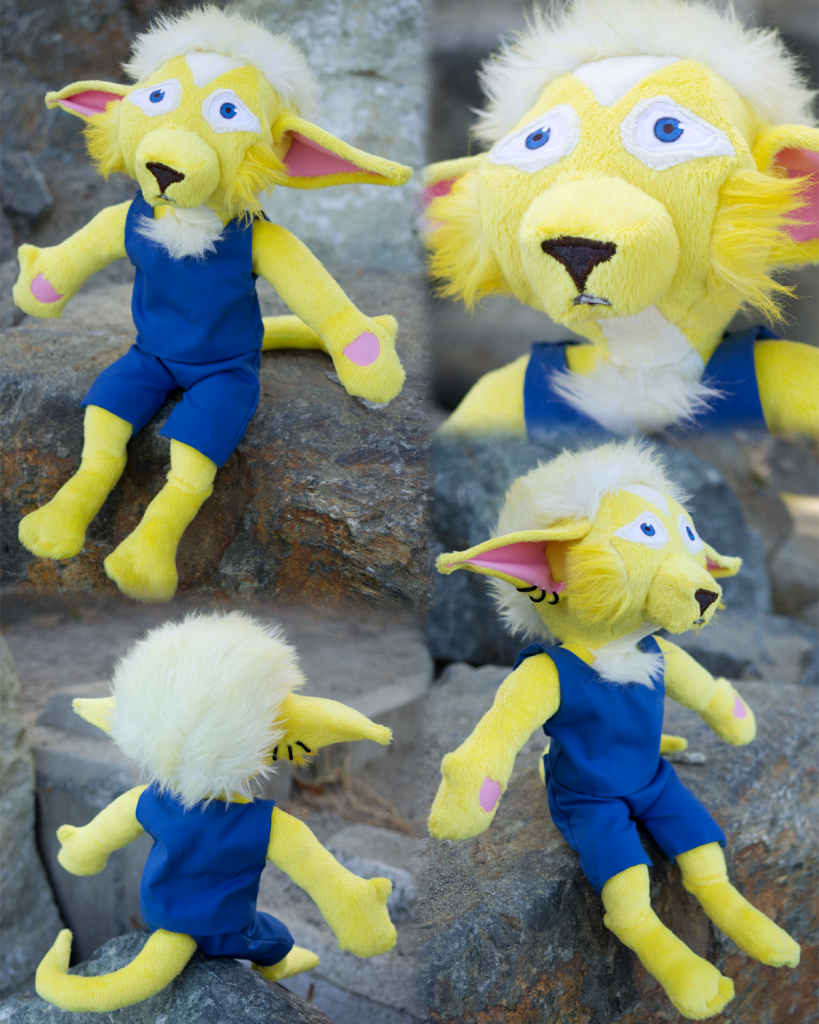 Bonus picture of both of us holding Jahrd and Shanka from the end of August, when I got to fly west to visit Tim for a few days. <3

There. I like to put a cherry on top. That is the cherry for the top. Hopefully things just turn out smooth for the rest of everything. I like to prepare for the worst and hope for the best. One can hope! You’ve got my thanks in advance for the patience that this is probably going to require. I’ll try not to be too much of an annoyance while I wrangle this thing. The comic matters to me. You guys matter to me. A lot.